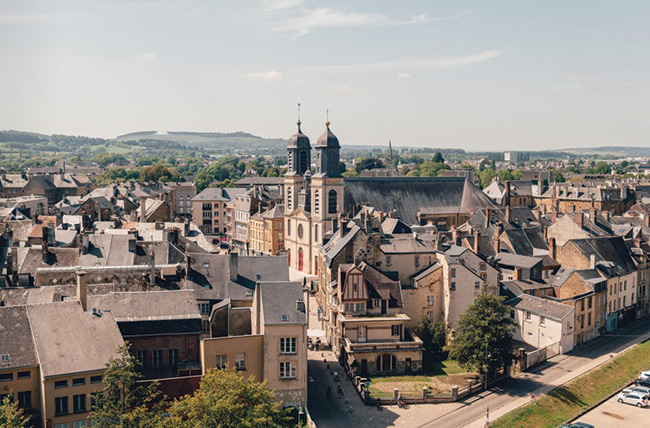 From Paris to Nice and Lyon to Marseille, France offers bustling urban destinations that rival anywhere in Europe. But with so many heavy hitters to choose from, it’s easy to overlook some of the smaller but equally rewarding cities, brimming with architectural, historical and cultural gems of their own. Welcome to Remarkable Cities, an association of 19 cities from France and beyond who work together to tempt travelers away from the beaten tourist path with their unique combination of slow-tourism, French charm and authenticity. Some have a unique architectural heritage, others a rich culture or history. Some are famous for their local gastronomic traditions, others for their green spaces or their promenades along the water. All tick more than one box.

Here are seven of my personal favorites, plus the full list to help you decide which ones tick your own boxes for an atmospheric yet uncrowded break.

The twin towns of Charleville and Sedan in the Meuse valley offer magnificent architecture, with a museum and murals paying homage to the poet Arthur Rimbaud in Charleville and the largest fortified castle in Europe in Sedan © Sites & Cités remarkables of France

Too many travelers crossing the English Channel from Britain miss these twin gems tucked away in the northeast corner of the Meuse Valley in the Ardennes. I have never forgotten my first sight of the magnificent ducal square in Charleville, with its russet bricks, ocher stone and uniform arcades under blue slate roofs. Commissioned in 1606 by the Italian Prince Charles de Gonzague, it was designed in the Italian Baroque style, twin to the Place des Vosges in Paris. Also discover the colorful life of local poet Arthur Rimbaud through the Rimbaud Museum and the street art murals that highlight his words. Just by the river in Sedan, Europe’s largest fortified castle is stunning, with its massive towers and tall walkways. Explore with an audio guide, catch one of the daily horse shows in the castle grounds, and perhaps stay within the castle grounds at the 4* Hôtel du Château Fort.
www.charleville-sedan-tourisme.fr

Birthplace of Victor Hugo, Besançon is a beautiful river town with elegant townhouses, lots of green spaces and a citadel designed by the legendary Vauban © Sites & Cités remarkables de France

There are more elegant and multicolored stones in another of my favorite river towns, Besançon, which nestles in the meanders of the Doubs in the verdant Franche-Comté region of eastern France.

Walk along the quays, in the streets and squares under the elegant facades of the town houses built in pale blue and cream stone. Take the time to enjoy the many natural spaces in Besançon which combine to make it the greenest city in France.

Impossible to miss the imposing perched citadel which dominates the city. Designed by Louis XIV’s military architect, Vauban, it now houses a very moving Museum of the Resistance and Deportation, as well as a small conservation park and a natural history museum. Admire the impressive panoramic views of the city and the river from the walkway.

Visit Victor Hugo’s birthplace; absorb the artworks of the newly renovated Fine Arts Museum; and visit the Musée du Temps inside the sumptuous Palais Granvelle to discover how Besançon became the watchmaking capital of France.
www.besancon-tourisme.com

Lined with colorful half-timbered houses, the conservation area in the historic center of Auxerre is a relaxing place to browse the shops and perhaps linger over a glass or two of the renowned local wines.

The 15th-century clock tower and ornate astronomical clock will be restored to all their medieval splendor later this year. The lunar and solar hands move at different rates, but you might catch them together if you pass at noon on the new moon or midnight on the full moon. Admire the panorama of Saint-Germain Abbey from the banks of the Yonne, then go inside to discover 16 centuries of history, including the oldest mural paintings in France. Nearby, Saint-Étienne Cathedral is renowned for its stained glass windows and sculpted façade. Explore the city’s ‘green corridor’ by hiring a bike and following the old railway line, and perhaps pedal further along the bank of the Canal du Nivernais.

Located on the banks of the Allier, Moulins has a remarkable built heritage which includes the castle of the Dukes of Bourbon, kings of France from the accession of Henri IV in 1589 until the d*ath by guillotine of Louis XVI in 1793.

Explore the cobbled streets of the historic center, lined with half-timbered houses; head to the top of the Jacquemart tower for a 360° view; and visit Notre Dame Cathedral where the Bourbons are immortalized in stained glass. Don’t miss the opulent Grand Café, a jewel of the Art Nouveau style, or the Maison des Palets d’Or, which has been producing chocolate temptations for more than a century. Whether you like fashion, needlework or simply a nostalgic look at the past, take a trip to the National Center for Stage Costume and Scenography. Unique in the world, it includes costumes and sets from the Paris Opera and the Comédie Française.
www.moulins-tourisme.com

Whichever way you look at it, Périgueux packs a punch, with its extraordinary cathedral, archaeological remains and charming maze of medieval streets. Bisected by the Isle River, a tributary of the Dordogne, this small town of 30,000 inhabitants is located in magnificent countryside easily accessible on foot, by bike or by car.

In addition to being listed as a UNESCO World Heritage Site, Saint-Front Cathedral is a one-of-a-kind cathedral, the only cathedral in France with five Byzantine domes, reminiscent of Saint Mark’s in Venice. And I love the Gallo-Roman Museum of Vesunna, a glass-walled building that contains the vast site of a Roman villa right in the heart of the modern city. For an unforgettable view of the tiled roofs, the towers and these extraordinary cupolas, go to the top of the Mataguerre tower. And for the full colors and scents of Périgord, head for the market which spreads out over four squares in the city center every Wednesday and Saturday.
www.tourisme-grandperigueux.fr

Dax is well known for its rugby, its Course Landaise and its thermal spa © Sites & Cités remarkables de France

A bath, a ball and a bull are the three key elements that link this historic spa town to the southern edge of the Landes forest.

The practice of spa treatments dates back to Roman times when a legionnaire going to war would have said goodbye to his crippled dog on the banks of the Adour. On his return, he was amazed and delighted to find his dog reinvigorated by the mud of the river. Today, almost 2.5 million liters of hot water flow from the fountain where the ancient Roman baths were located.

In the meantime, the ball in question is an oval ball, Dax being a city passionate about rugby. And the bull? Head to the town’s bullring to watch a thrilling performance of Course Landaise, an ancient sport in which skilled professionals dodge and leap over small, athletic bulls, who leave the arena unscathed. All the fun of arenas without bloodshed.
www.dax-tourisme.com

Pézenas is brimming with calm waterways, honey-colored buildings and a sense of drama, thanks to its association with the playwright Molière © Remarkable Sites & Cities of France

Inland from the Mediterranean resort of Cap d’Agde, Pézenas has 39 historical monuments but only 8,000 inhabitants. And thanks to an iconic French actor and playwright, born 400 years ago this year, the city is also famous for the performing arts.

Seat of the Montmorency family (governors of Languedoc) since the 13th century, Pézenas has hosted five annual trade fairs and today its honey-coloured stone lanes are lined with elegant houses, hidden courtyards and Italianate loggias.

In 1650, they invited Jean-Baptiste Poquelin – better known as Molière – to entertain the civil servants of Languedoc with his troupe of players. You can find out more about their five-year stay during a guided tour departing from the Tourist Office. Don’t be surprised if you come across a costumed character, especially during the arts festival which takes place every year in July.

Catch a performance at the city’s historic theater year-round or perhaps at the 250-seat Illustre Theater, home to a professional theater company.
www.en.capdagde.com

Main photo credit: Historic Moulins is located on the banks of the Allier and is home to the National Center for Stage Costume and Scenography © Sites & Remarkable Cities of France 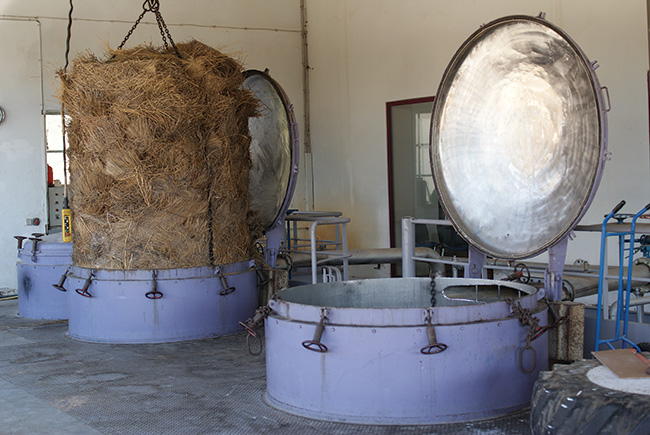